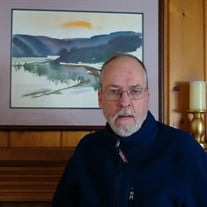 Thomas (Jim) Dorsey, 74, passed away on December 20, 2015 at his home in Cortlandt Manor, NY, after an almost five year battle with ALS, also known as Lou Gehrig’s Disease. Born on June 2, 1941 in Peekskill, NY, he was the son of Ella (Bleakley) and Thomas F. Dorsey. Jim, as he was known to family, attended the Assumption School, Peekskill High School and Penn State. He was first employed by Fleischmann’s in Peekskill, New York. When Fleischmann’s closed, Jim went to work for Best Plumbing Supply in Yorktown and Somers, New York, where he was employed until his retirement in 2008. Upon retiring, his friend, Terri Berardi invited him to volunteer at The Community Food Pantry, which he did and enjoyed until his illness stopped any physical activity. In 1988, Jim and Judy, his wife, partner, and traveling companion of 34 years, bought their home in Cortlandt Manor. New York. Jim often told the story of how he applied for his passport after his first date with Judy. Together they would attempt to see the world. Jim loved driving in the United Kingdom, especially Scotland where he could navigate the challenge of one lane roads and sheep driven traffic jams. He enjoyed taking the Metro, Tubes, and buses and blending in with the native population whenever and wherever he could. Jim taught himself to converse as well as read German, Italian, French, and even a little Mandarin to better absorb a country’s culture through its people and food, as well as its art and history. Whether with friends, Pat and Wayne Livingston, Elaine Desimone, Terri and Alex Berardi, or on their own, Jim enjoyed the adventure and knowledge that travel provided him. He often quoted Johnson, as a metaphor for travel “… When a man is tired of London he is tired of life.” Jim is survived by his wife Judy Gallo, sister-inlaw, Catherine Brittis, brothers–inlaw, Anthony and Louise Gallo and Ken and Zirka Gallo, 8 nieces and nephews and their spouses, 17 great nieces and nephews, 2 great great nephews and a great-great niece, as well as many dear cousins and good friends. A Memorial Mass will be celebrated Monday December 28, at 11:30 AM, at Assumption Church, Peekskill. Visiting at Dorsey – Carlone Funeral Home 1100 Cortlandt St., Peekskill, on Sunday, December 27, 2 -5 PM. In lieu of flowers, donations in Jim’s memory may be made to the charity of your choice, or to one of the following: ALS Association of Greater New York , Phelps Hospice at Phelps Memorial Hospital Center, or The Community Food Pantry at St Mary’s Mohegan Lake 1836 East Main Street Mohegan Lake NY 10547.

The family of Thomas James Dorsey created this Life Tributes page to make it easy to share your memories.

Send flowers to the Dorsey family.