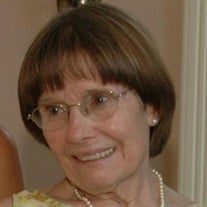 Not sure what to send?

Phyllis A. Sabito, 88 of Dover Plains, passed away after a short illness on November 25, 2021. Born in Shrub Oak, New York, Phyllis was the daughter of Eileen and Everett Angell. Phyllis, married Raymond A. DeFeo in 1953 and raised four children, Linda, Andrew, Laurie, and Douglas. In 1988, Phyllis married Frank Sabito. A devoted and loving mother, grandmother and great-grandmother Phyllis became a registered nurse as her children grew dedicating her time to the balance of parenting and working at Northern Westchester Hospital. Later in life, Phyllis became the school nurse at Chappaqua High School where she retired in 2004. In recognition of her efforts as a registered nurse, Phyllis was asked and accepted the request to give the graduation speech to the nursing class of 1984 at Pace University. It was a moving speech that captured the challenges of the nursing profession and the difficulties of balancing family and career in a profession that required extraordinary skill and compassion. Phyllis was also extraordinary in her dedication to family. Nothing brought her more pleasure than to be supporting her children and grandchildren in their lives. The clam bakes she worked so hard to organize for family and her yearly efforts during the holidays to bring family together always served as a reminder of the importance of family. Birthdays were never forgotten, nor were special events; graduations, recitals, induction ceremonies. Anytime there was family involved Phyllis was there to help and support. No distance was too far to travel if it meant being there to support a child or grandchild. Mema, as her grandchildren lovingly called her would be there for each and every family event, or whenever she was needed by her children and grandchildren and great grandchildren. Every request to support family was always met by Phyllis with a smile and the effort of support with loving attention. Phyllis loved to garden, downhill ski, run and ice skate (year round). Whenever possible children and grandchildren were included. Many beautiful memories were created during these times. Whenever there was an opportunity to participate with mom or Mema a new memory was created that was cherished by everyone involved. Phyllis is predeceased by her husband Frank Sabito, and the father of her children Raymond DeFeo, sister Beverly, and son-in law Kenneth Cascioli, husband of her oldest daughter Linda. Phyllis is survived by her sister Eileen Angell Pasquale (Dominic) of Athens, Georgia. Additionally, she is survived by her four children: Linda DeFeo Cascioli of Cortland Manor, Andrew DeFeo (Karen Teale) of Altamont, Laurie DeFeo (John Walter) of Dover Plains, Douglas DeFeo (Elizabeth) of East Moriches; six grandchildren: Kristin DeFeo Northrup, Andrea DeFeo Barcomb (Greg), Chelsea Simunek, Nicholas Cascioli, Anthony DeFeo and Kenneth Cascioli (Laura), and five great grandchildren: Joseph, Jordan, Carson, Giabella and Cole Jackson. A date for a celebration of life will be chosen in the future and will be shared through the Dorsey-Carlone Funeral Home.

Phyllis A. Sabito, 88 of Dover Plains, passed away after a short illness on November 25, 2021. Born in Shrub Oak, New York, Phyllis was the daughter of Eileen and Everett Angell. Phyllis, married Raymond A. DeFeo in 1953 and raised four children,... View Obituary & Service Information

A Celebration of Life for Phyllis will be held at a later date. Please check back for updates.

Phyllis A. Sabito, 88 of Dover Plains, passed away after a short...