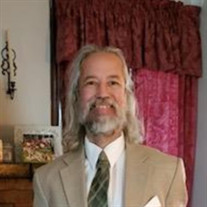 James Leslie Morriss of Peekskill passed away the morning of December 26, 2021 at age 61 after fighting strongly against cancer for a year. He was born in 1960 to parents James Morriss and Alix deMarees in Ridgewood, NJ. He grew up with a love of music and learned to play guitar in his teens; which he did long into his future and ultimately shared with his child. In terms of school, science was always a passion of his. In high school he was proud of being the only student with a key to the school’s planetarium. He went on to graduate from Upsala College with a bachelors in biology. James diligently worked his way up in the NYC Department of Health and Mental Hygiene, beginning his career in 1988 as a Public Health Sanitarian. In nearly 34 years there he gained experience in several areas, enhancing his expertise. He spent approximately the last 14 years in the Bureau of Childcare as the Director of Field Operations/Regulatory Enforcement- a title he held proudly. In May 1988, he married Maria Rossini; they had bonded over their shared love of music and The Beatles. James and Maria spent a few years living in an apartment in Brooklyn before moving to the place they’ve long called home in Peekskill, NY. In 2004, James became the amazing father he wanted to be. Together they raised a daughter, Jennifer, imparting to her all the things they love and value. From the beginning to the end James enjoyed so many things like music, nature, science, Star Trek, Monty Python (he had a great sense of humor) and most of all: his family. He loved to take walks, grill in the summers, play guitar, and share special moments and traditions with those he loved. He valued where his family came from and carried his name with pride. He is survived by his loving wife, Maria and their beautiful daughter Jennifer. James is also survived by his brother Ronald, his wife Belinda and their children Christopher (Kristine) and Julia; his sister Patricia Martini, her husband Robert and their children Alec, Katherine, and Ruby; his mother-in-law Mariann Rossini, brother-in-law Ralph, his wife Nicole and their son Ralph; his half sister-in-law Jaclyn and his half brother-in-law Michael. Preceding James in death are his parents James and Alix, his brother Mark, and his father-in-law Ralph Rossini. James would want us all to remember his life with joy, which was lived so fully. The family has designated the American Cancer Society for any memorial contributions.

James Leslie Morriss of Peekskill passed away the morning of December 26, 2021 at age 61 after fighting strongly against cancer for a year. He was born in 1960 to parents James Morriss and Alix deMarees in Ridgewood, NJ. He grew up with a love... View Obituary & Service Information

In James' memory please consider the American Cancer Society for contributions. Please also share your memories on this page.

James Leslie Morriss of Peekskill passed away the morning of...