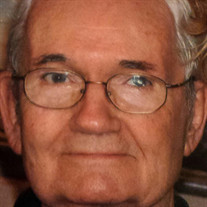 Edward J. Littleton Jr., a longtime resident of Cortlandt Manor, NY, passed away May 4, 2016, with his loving family by his side. He was 90 years old. Edward was born and raised in Brooklyn, NY to Mary (Coates) and Edward J. Littleton, Sr. He was pre-deceased by his beloved wife Carol (Molitor) Littleton, brother, Walter “Bud,” his sister-in-law, Nancy, as well as his niece, Kathleen. He is survived by his wife Gail (Glass), her family including two children, Billy (Paige) Lyons, and Bonnie (Dan) Myers, and grandchildren Caroline and Ted Lyons. Edward was the proud parent of six children: Edward J., III (Lucille), Michael (Michelle), Karen, Teresa (Jerry) Underwood, Paul (Fran DiMarco), and Sheila (Kathy Moran). Beloved grandfather to Christopher, Lisa, Thomas, Ashley, and Maxwell, as well as many nieces and nephews. At age 18, Edward joined the US Army, proudly serving in World War II, in the European, Africa, Middle East and Asia Pacific Theater. PFC Littleton served two years in combat and was awarded seven medals for gallantry and bravery, including the Silver Star and Bronze Star with Valor as well as two awards for marksmanship. Following his military service, Edward graduated with high honors from Pace University, earning a B.A. in Accounting in 2.5 years. Edward was a parishioner, CCD teacher, and usher at St. Columbanus Church. He was a member of the American Legion in Mahopac. He was also a treasurer and volunteer of the US Army/Veteran Combat Infantry Group. Edward spent a lifetime in the business world, specializing in the sales, recruiting, and mortgage industries. He was a kind and loving soul, an avid reader, a gentle and honorable man, who enjoyed spending time with loved ones, whether neighbor, family or friends. He will be sorely missed. May he rest in peace. In lieu of flowers, donations may be made to the American Legion (Mahopac) or the American Heart Association.

Edward J. Littleton Jr., a longtime resident of Cortlandt Manor, NY, passed away May 4, 2016, with his loving family by his side. He was 90 years old. Edward was born and raised in Brooklyn, NY to Mary (Coates) and Edward J. Littleton, Sr.... View Obituary & Service Information

The family of Edward J. Littleton created this Life Tributes page to make it easy to share your memories.

Send flowers to the Littleton family.